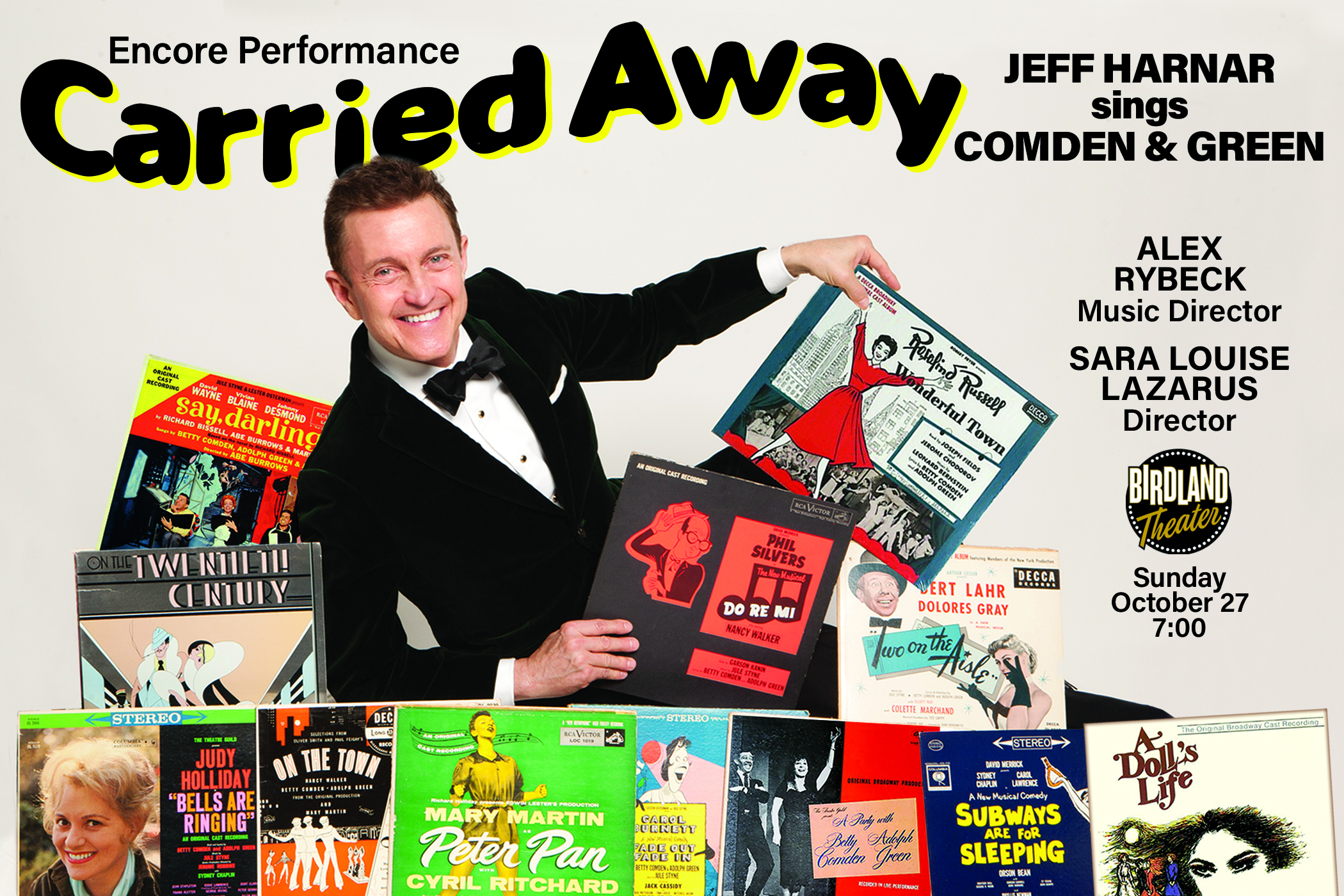 Jeff Harnar makes his Birdland Theater debut with “Carried Away: Jeff Harnar Sings Comden & Green.”
“Carried Away: Jeff Harnar Sings Comden & Green” Birdland Theater Sunday, October 27 at 7pm By audience demand, award-winning vocalist Jeff Harnar will return to Birdland Theater with a Special 30th Anniversary Encore of his critically-acclaimed “Carried Away: Jeff Harnar Sings Comden & Green.” The Bistro Award-winning show is a celebration of the lyrics of Betty Comden and Adolph Green, whose Broadway musicals include On The Town, Wonderful Town, Bells Are Ringing, Peter Pan, On The Twentieth Century, Will Rogers Follies and Hollywood screenplays including “Singing in the Rain” and “The Band Wagon.” The show includes melodies by Comden & Green’s significant collaborators, including Jule Styne, Leonard Bernstein and Cy Coleman, featuring standards and surprises including “Just in Time,” “Make Someone Happy,” “Never Land,” “New York, New York,” “Lonely Town” and “I Can Cook Too.” In 1989, Comden and Green gave Harnar special permission to use their lyrics for what would become his first major New York engagement. The show opened at Eighty Eights for 10 consecutive Saturday nights and then moved to The Ballroom for 49 performances over seven weeks, prompting Comden and Green to write to Mr. Harnar, “Thank you for being the first to do an evening of US, and to do it so brilliantly.” Harnar was then invited to sing a tribute to the team at their induction into The Songwriters Hall of Fame. The show features Music Director Alex Rybeck and was Directed by Sara Louise Lazarus. The team of Harnar, Rybeck & Lazarus subsequently collaborated on numerous projects, including “Jeff Harnar Sings the 1959 Broadway Songbook,” filmed for PBS and recorded by Original Cast Records. Harnar has gone on to win multiple MAC, Bistro and BroadwayWorld Awards, as well as the Noel Coward Foundation Cabaret Award. “Carried Away: Jeff Harnar Sings Comden & Green” Sunday, October 27 at 7pm Birdland Theater, 315 West 44 Street, NYC www.BirdlandJazz.com or 212-581-3080 $30 cover, $10 food/drink minimum